Petroglyphs in the Russian Arctic

Recently watched: Compartment No. 6 by Finnish director Juho Kuosmanen, who described it as "an Arctic road movie that takes place in a train". In a nutshell (and without spoilers), the film follows Laura, a Finnish student of archaeology, as she travels by train from Moscow to Murmansk to see petroglyphs, a.k.a. ancient rock carvings. As she enters compartment number 6, she meets Ljoha, a young Russian man on his way to Murmansk to work in a coal mine. He's drunk, aggressively impolite, and will be her travel companion for the 2000 km, 35 h journey.

Something I can say—still without spoilers—is a bit more about these rock carvings. The storyline uses petroglyphs as a sort of leitmotif, but this plot thread is never quite resolved.1

The Kanozero petroglyphs are Stone Age symbols that were found carved on an island on lake Kanozero. They date back to the 2nd and 3rd millennium BC but were discovered only in 1997, and the island that they're on is not mapped on Google Maps (though you can see it in Google satellite imagery). In other words: they're not exactly on the beaten path. 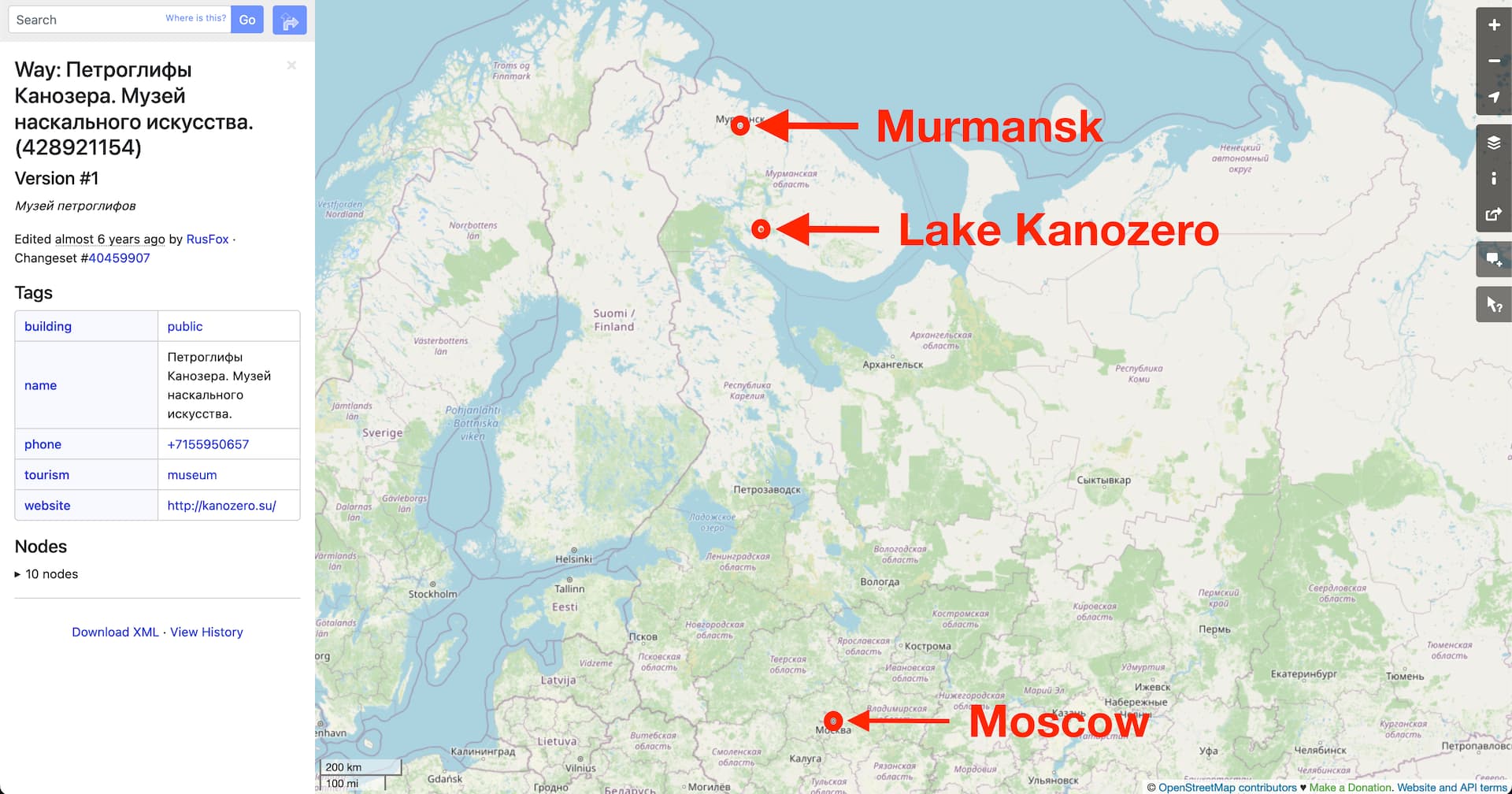 The best thing I've found about the petroglyphs is a website called Kandalaksha+. Its tagline:

The City of Kandalaksha, Murmansk oblast, and its vicinity. Getting there, where to stay, what to do. The ultimate source of Kandalaksha and area info in English.

Kandalaksha is a city near(ish) the petroglyphs, at the southwestern edge of the Kola peninsula. The peninsula alone is about the size of South Korea: Russia is big.2 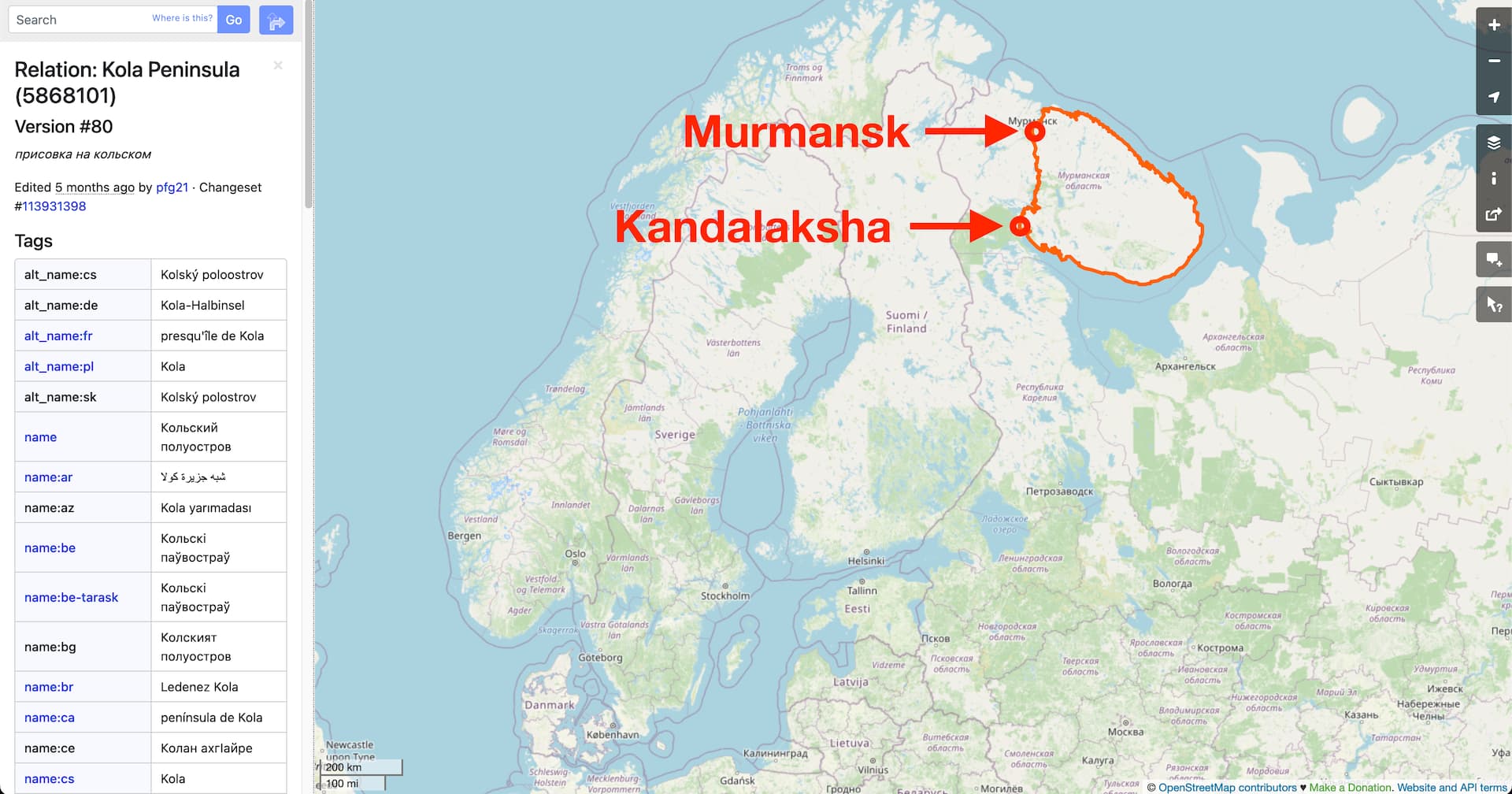 The author of Kandalaksha+, who goes by the name Uncle Pasha, is from Moscow and lived in Canada for years. Since coming back to Russia and settling in Kandalaksha, he's been providing services to (the rare?) travelers in the region.

Kandalaksha+ is a wonderful mix of stories, travel tips, and local news. It's funny and it's personal. There's a few posts about the petroglyphs, including one announcing new petroglyph souvenir mugs at a local gift shop.

Sadly, a post from January announced that Uncle Pasha died in late December last year. The website is offline, some pages have been archived.

I wish I could have met Pasha. I love how passionate he seemed about Kandalaksha, and that he was offering to help visitors "ENTIRELY FREE AS A PUBLIC SERVICE".3 He would have been the perfect guide to see the petroglyphs and explore the rest of the region.

Laura, the Finnish student sleeping in Compartment No. 6, could also have used an Uncle Pasha.

She would have known to step off the train in Kandalaksha, not in Murmansk, and saved a few hours. From there, she could have taken the twice-daily bus to Umba, the closest town to Lake Kanozero.

You'll have to watch the film if you want to know if she ever made it there—and what happened with Ljoha! 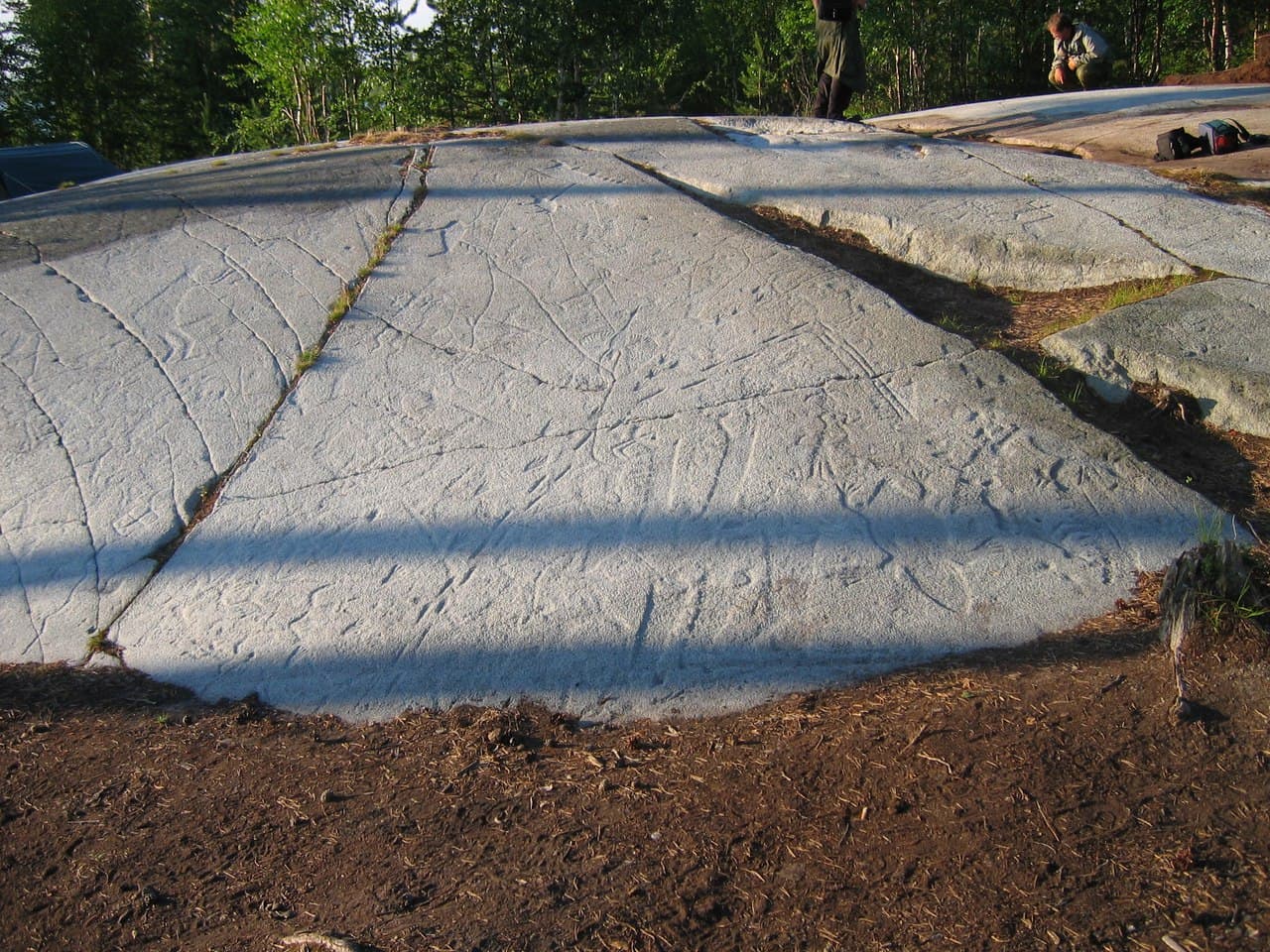