I can't begin to express how much I love photographer Sohei Nishino's Diorama Maps project1. 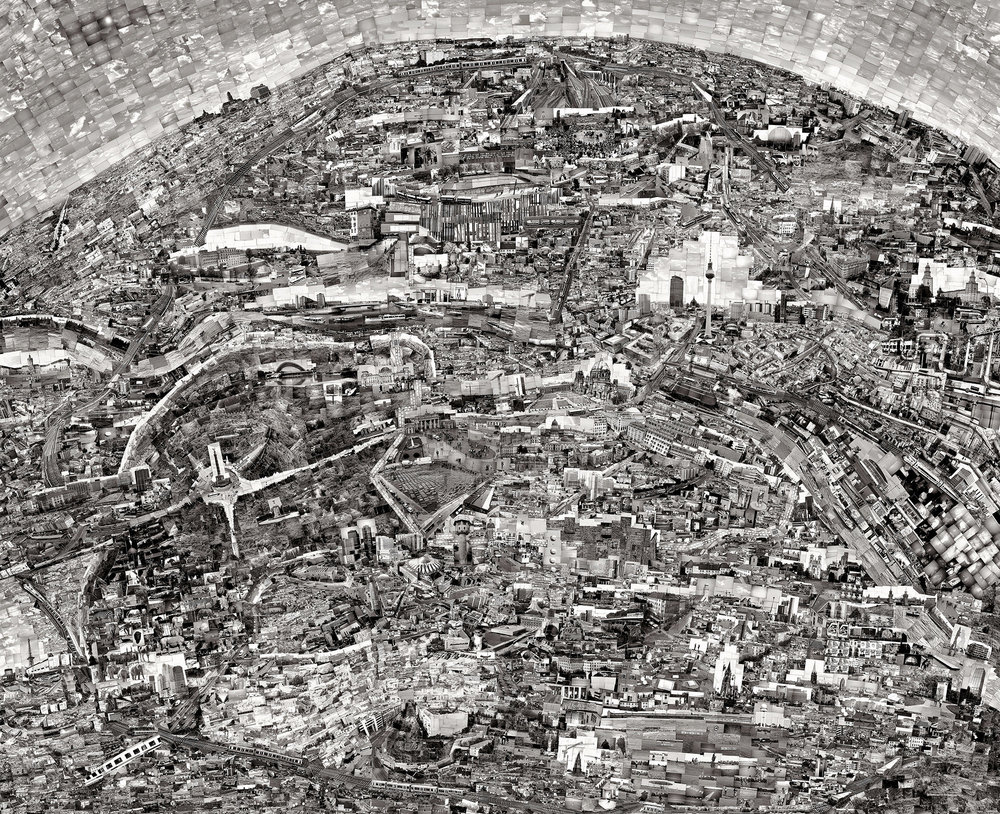 You can't see much in this size2, but the work is essentially made of thousands of photos taken on Berlin streets, and later carefully assembled into a map-shaped collage.

With a camera in hand, I walk through specific cities to take photographs [...]

I put together on various canvases all the "fragments" that I have captured, so as to reconstruct my memories [...] This is my attempt to express the appearance of the cities by integrating my personal experiences and memories. What results is not at all a map to convey precise information, but the record of how I, as a human being, have walked through their streets and how I looked at those streets.

I won't quote any more of the project's intro and will instead invite you to read it here, but it combines a lot of ideas that I liked:

I'd love to try to do something similar! Maybe starting with my neighborhood? Maybe with a focus on places I regularly visit (as a local) rather than sights?

Before I wrap this up, here's a few more interesting, related thoughts that I couldn't fit elsewhere: